I began coding at the age of 15 and the first app I made was a directory of my friends containing their phone numbers, addresses, a photo, and a quote; much like a yearbook. I was in school then and was an amateur writing substandard spaghetti code. I loved it, a lot. Android was and is really fun to develop for. I owned a Core 2 duo laptop that required 5 minutes just to boot up and another 5 to start Android Studio. I still had fun, waiting for 15 minutes just so Gradle could finish building my app.

Then I joined college, where I learned Java but the industry had already started moving to Kotlin. So I learned Java in college and taught myself Kotlin at night from Youtube tutorials. I continued making apps even though none of them ever got over 100 downloads. I wasn't in it for fame or money. I was fuelled by the desire to create. I didn't care how many people downloaded my apps from the Play Store, I just worked on whatever made me happy and whatever I found useful.

It wasn't successful in terms of money, it was successful because it was the first app that I actually used frequently in real life. In college, we used to do large calculations using logarithms. I always thought the whole process to be really time-wasting and so I resorted to the calculator but my teacher wanted to see "steps" of calculations. From this need rose "LogCalc" - a calculator that would show logarithmic steps for the calculations that you asked it to do. This is where I learned about the Stack data structure and how calculators used Postfix and Prefix evaluation to perform calculations. My classmates loved me for this. I put ads in my app and it got a few thousand installs on the Play Store. I didn't make me rich but it was good pocket money to get every month. It was also featured on a blog called iTechHacks 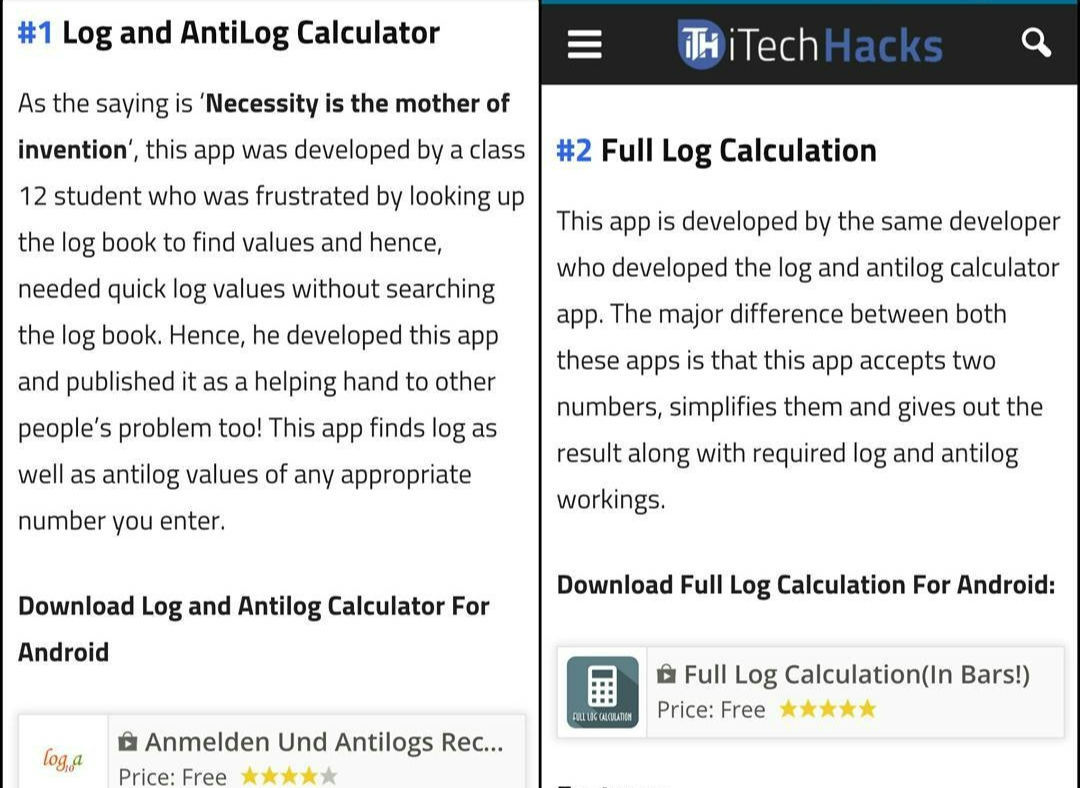 For me, Computer Engineering was the obvious choice but it wasn't at all what I expected it to be. We were being taught stuff that was already obsolete. So after teaching myself Javascript and modern ES6 syntax, I got started with ReactJS. And boy was it overwhelming. It took me a month to overcome the initial awkwardness of writing HTML in JS. Even though I learned React, mobile development was still at the core of my heart, so I gave React Native a try. After learning React Native, I built an app that would display previous years' Question Papers to help those who were preparing for their upcoming exams. It's on the Play Store if anyone wants to take a look - MU Question Papers

After some experience working with React Native, i wanted to come back to native Android development that I had not touched in 2 years. I felt that the best way to do this would be to make someting that I would use daily and is a solution to a problem that i face. So i made a keyboard app that would allow me to type symbols easily on my phone. Since i didn't want to put ads in this one, I decided to make it a paid app. It's actually currently on sale for FREE for 3 more days. You can give it a try - Math Symbols Keyboard . It might be a bit rough around the edges since i haven't worked on Android for some time. Feedback is really appreciated.